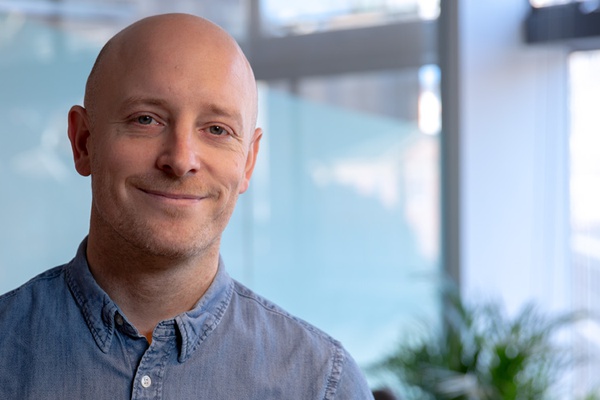 Rick is responsible for overseeing the company as a whole alongside many of Workerbee's shows as Executive Producer.

Over the last 6 years, Rick has seen Workerbee grow from its roots as a busy regional office of Shine TV, into an independent label within Endemol Shine Group with an output of over 75 hours a year for a range of UK and international broadcasters. 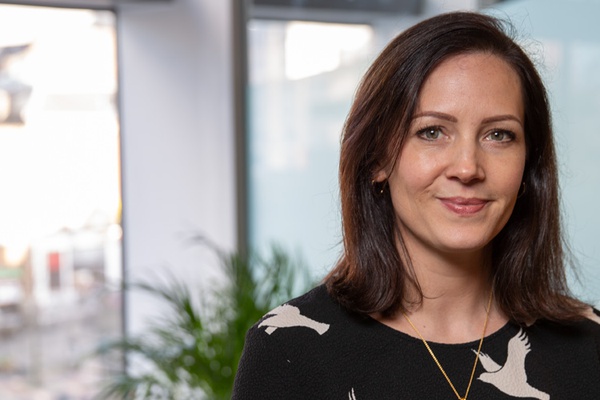 Before joining Workerbee, Michelle spent the last 10 years as a commissioning editor in the Channel 4 Documentaries department and Channel 5 Factual, repsonsible for a wide range of series such as The Supervet, Secret Life of the Zoo, Rich House Poor House and World's Toughest Prisons. Prior to commissioning, Michelle worked for the BBC and in production for 12 years, where she also launched The One Show for BBC1. 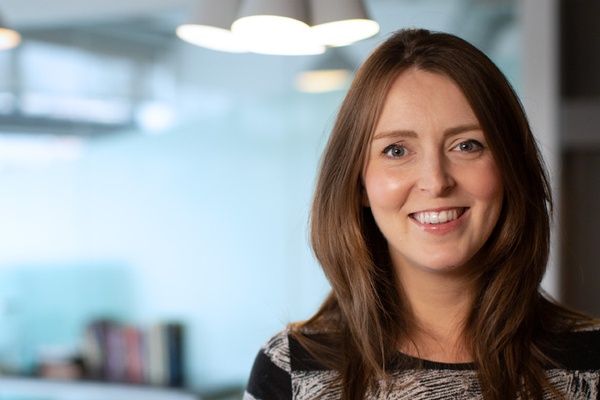 Nicola has worked at Workerbee on multiple projects over the last 6 years, from Supercar Megabuild and Goblin Works Garage to Idris Elba: Fighter and many more, working at indies and ITV in between. She now works as Head of Production across all programmes and business. 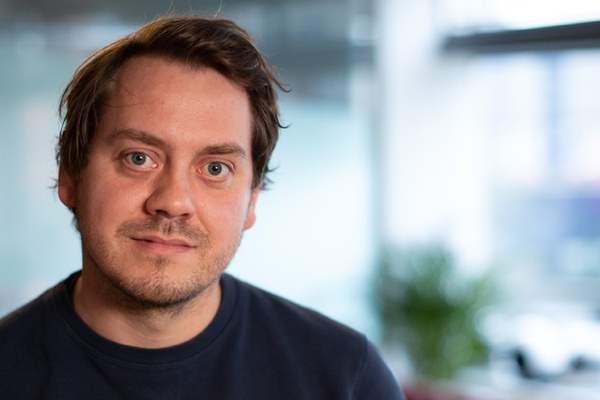 Darrell currently manages all of our crime output. Darrell joined Workerbee in Spirng 2017 and made our first true-crime series Written In Blood. He's gone on to Series Produce our high-end Armed & Deadly: Police UK for Channel 5, and our recent smash-hit series for C&I Murdertown. Before Workerbee, Darrell specialised in crime and current affairs, producing films for Channel 4 Dispatches and factual documentaries for all major networks. He also built a close bond with a rescued gorilla during a 16-hour roadtrip across Western Europe for the BBC. 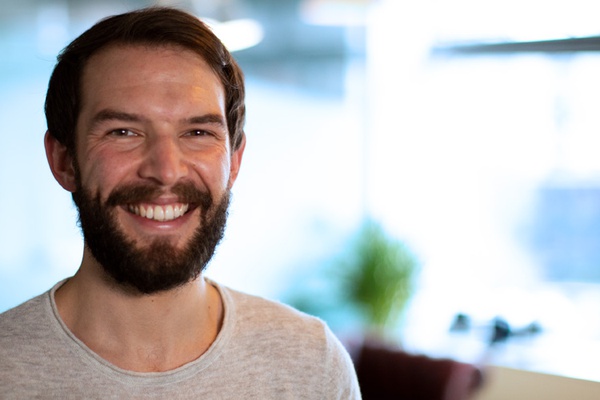 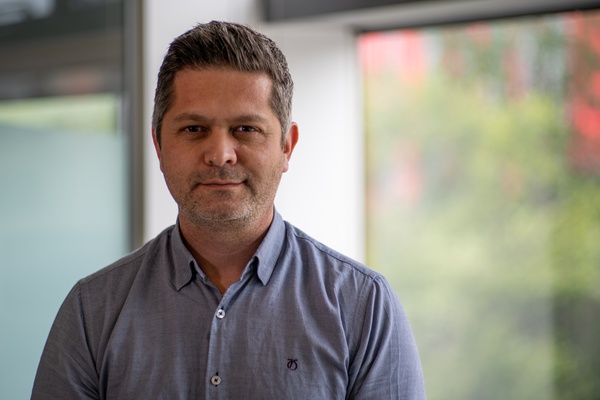 Keren is a creative problem solver. At Workerbee he creates production efficiency by leveraging technical and practical solutions based upon his extensive knowledge of the entire production pipeline. Keren brings a wealth of production, post-production, management and technical experience from his 20 years in the television and commercials industry. 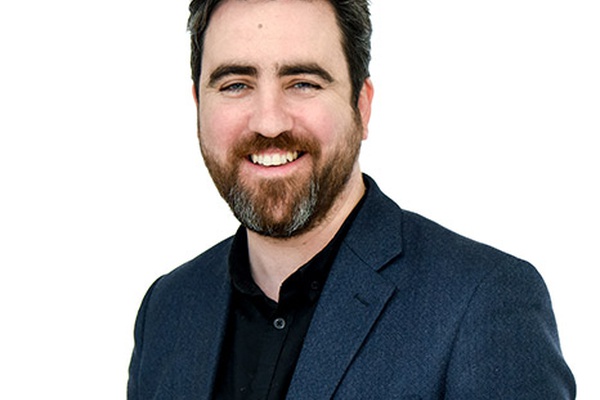 Michael joined Workerbee as Head of Finance & Business Development in 2018. Prior to this, Michael worked at the BBC, where he played an instrumental role as the Finance Lead on the creation of BBC Studios; the BBC's commerical production business that launched in 2017. Most recently, Michael was Head of Finance for the Entertainment, Music and Events division of BBC Studios - where he had oversight of well-known BBC titles including Top Gear, Strictly Come Dancing, Later with Jools Holland and Dragons' Den. Michael qualified as a Chartered Accountant with Ernst & Young, and was recognised as one of the Top 35 CA's under 35 in 2017. 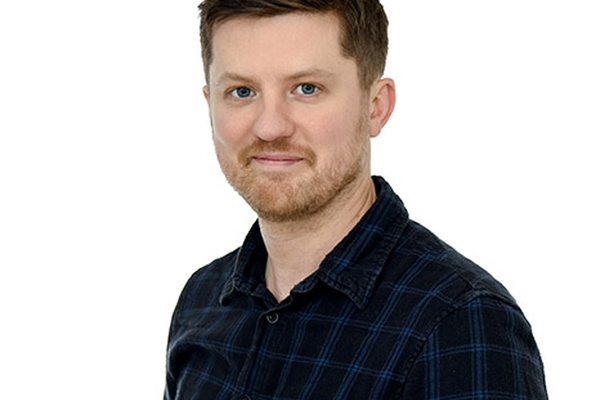 Tom has been working within the Endemol Shine Group since 2016, and now heads up legal and business affairs for Workerbee, Dragonfly and DSP. He has been working in the legal side of the TV industry since 2004, and has done time at the BBC, FremantleMedia, Hat Trick Productions and NBC Universal. His credits include Doctor Who, The X Factor, The Apprentice, Grand Designs and Have I Got News For You. 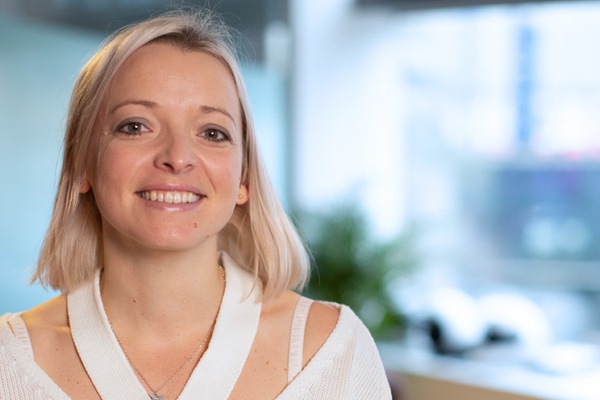 Leanne is responsible for the most important part of any successful business operation - the money! Having worked in the industry for 10 years now, Leanne cut her teeth as a Production Accountant at ITV before joining the BBC in the same role, where she gained experience of working across multiple genres including Drama, Comedy, Entertainment and Factual. Whilst at the BBC, she worked her way up to the role of Production Accounting Finance Manager before deciding to move to Workerbee. She also does a mean spreadsheet. 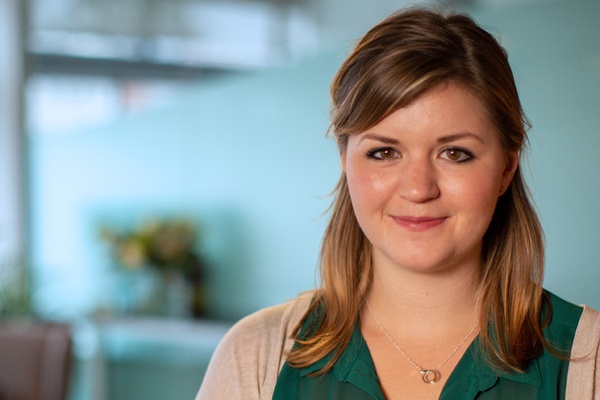 Thea oversees HR as well as Production Managing our upcoming National Geographic series, Building Paradise. With a background as a Researcher for Arts, History and Factual Entertainment documentaries in London, Thea joined Workerbee in 2016. Credits include History of Art in Three Colours, Diamond Jubilee River Pageant and The Manor Reborn.

Kayleigh joined Workerbee in 2017 after several years in London at Shine TV, Studio Lambert and Thames. She established the application processes for two large productions from scratch and went on to lead the casting teams on Second Chance Dresses and Scrapyard Supercar, whilst also assisting on various development projects.

Currently working in the edit, she has produced multiple episodes of Scrapyard Supercar, Goblin Works Garage and The Love Squad. Previous credits include: The Island with Bear Grylls, Hunted, Tattoo Fixers, Dragons' Den and Take Me Out. 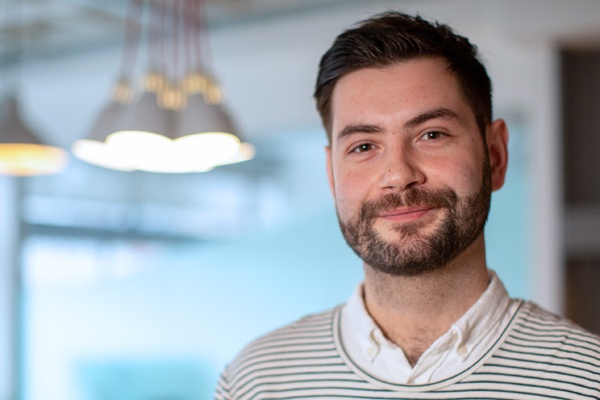 Jonny joined Workerbee in 2014 following time at the BBC, Shine TV and Princess Productions. Jonny works across all development projects and has helped to create new series such as No Limits, Fighter, Supercar Megabuild and The Big NHS Singalong Live. He also has a background in digital and multi-platform content and helps to oversee Workerbee's online presence. Previous credits include Strictly Come Dancing, It Takes Two, T4 and The Love Machine.

Currently working on our new commission for CBBC, Ali A's Superchargers, Hassan has previously been part of the team on Workerbee productions such as Car Crash TV, Dumball: Idiots in India and Supercar Megabuild. 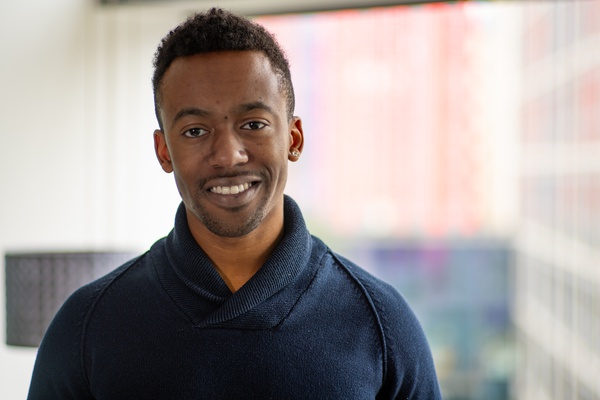 Jamal recently joined the Workerbee Development team as Assistant Producer after a previous stint at Multistory Media (formerly Shiver). He has worked on, and developed, a number of programmes for TV and SVOD, including David Jason: Planes, Trains and Automobiles for Gold, Embarrassing Pets for Channel 4 and Eric and Ernie's Home Movies for BBC, as well as programmes recently commissioned.

Matt currently oversees in-house post production at our offices in Spinningfields - including 40 hours of broadcast and online content over the past year for channels such as CBBC, Discovery and CBS Reality.

He started out at BBC Entertainment and CBBC in Manchester with a background in post production and archive research. 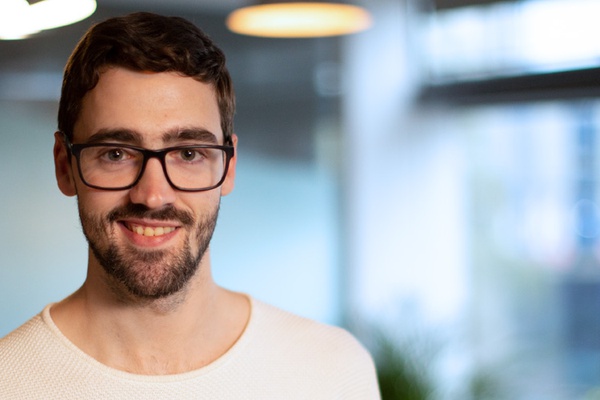 Jack joined Workerbee in 2014 as an intern, and is our in-house editor. Jack has recently edited our smash-hit series, Murdertown for C&I, as well as cutting The Big NHS Singalong Live for ITV. Currently editing an upcoming high-end crime series for Channel 5. Previous credits include Ali-A's Superchargers, Written In Blood and Supercar Megabuild. 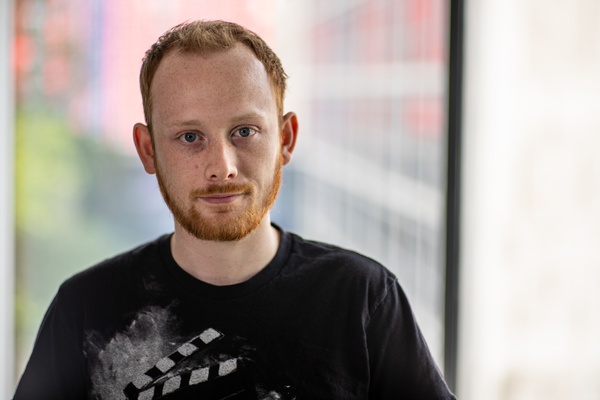 James originally joined Workerbee as an edit intern in 2016 working on a variety of TV and development projects. In 2019 he returned as a Junior Editor working on the new series The Love Squad for MTV. 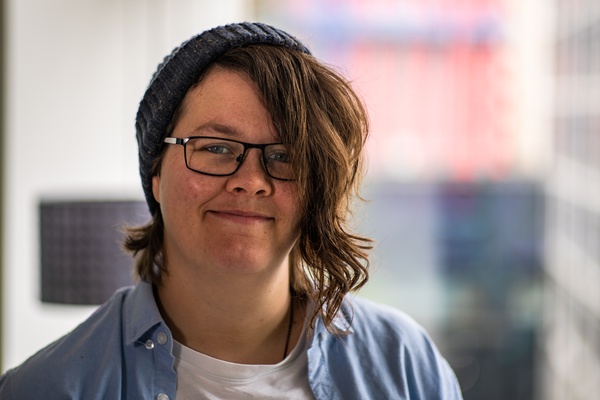 Ann-Marie joined Workerbee in 2018 as an Edit Assistant, working across our development projects alongside productions including Scrapyard Supercar, Ali-A's I'm Not Driving That and The Love Squad. 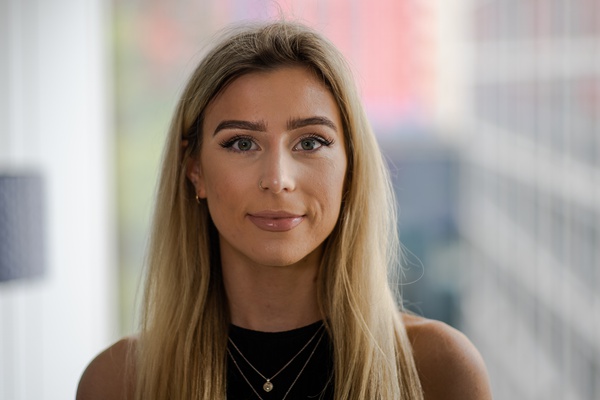 Anna is a Salford University MA Post-production graduate working as an Edit Assistant within our development department. 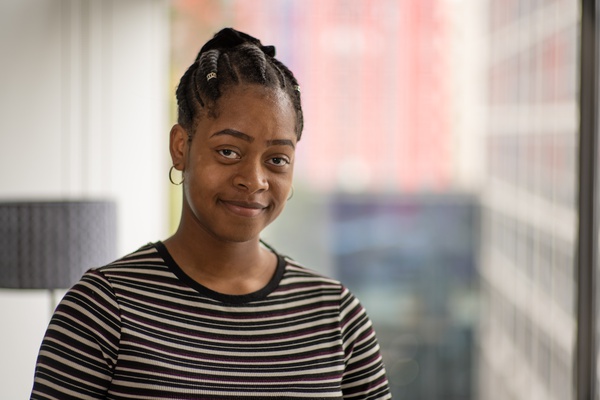 Cheryl is an MA Salford Post-Production graduate and joined Workerbee in 2018. She assists in overseeing all of our in house post-production. 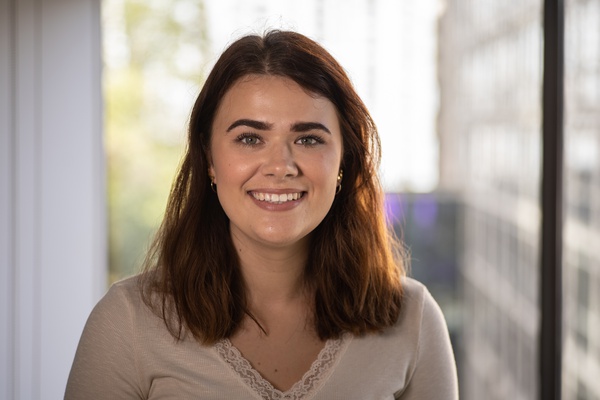 After graduating with a degree in Film and TV Production, Abby joined Workerbee in early 2019 as Office Assistant and Receiptionist. She's the first face people see as they come into the office! She is also PA to Rick and Michelle.